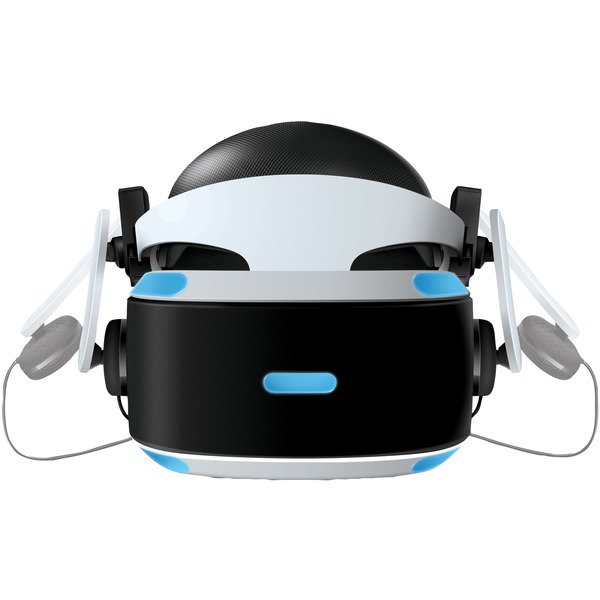 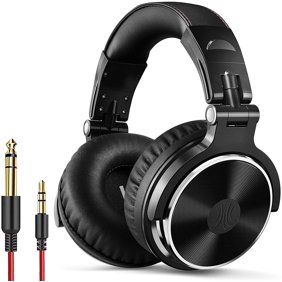 We aim to show you accurate product information. Manufacturers, suppliers and others provide what you see here, and we have not verified it.
Take your virtual reality gaming to the next level with the bionik Mantis High Fidelity Detachable On-Ear Headphones for PlayStation VR, an innovative headset accessory that easily attaches to your PlayStation VR. The unique and revolutionary design makes for a seamlessly integrated experience. This patent pending design will immerse you in VR like no other.

proposition 65 reasons:WARNING: This product can expose you to chemicals, such as Diisononyl phthalate or others listed on the product, which are known to the State of California to cause cancer and birth defects or other reproductive harm. For more information go to www.P65Warnings.ca.gov,small_parts

What others said when purchasing this item
Style and price
Timothy, purchased on July 4, 2021
For my resident evil 7 game to use vr for the first time
ashley, purchased on May 3, 2021

this item is great goes so well with the VR

The halo speakers built into my Oculus Rift S is passable but not great -- especially for games like Beat Saber where the music plays a leading role. Using my existing computer headphones was not an option because because of the headband, so I sought out another solution. Before I bought these, I tried using some Koss Porta Pros as they were recommended for their great audio and a headband that fit go over the Rift S -- however, I found it inconvenient not having them attached to the unit, and there was a lot of extra wire to deal with. There are some mods you can do to attach them, but didn't want want to deal with that, plus none of them looked very good IMO. Enter the Bionik Mantis. It attaches perfectly to the band on my Rift S and it the was easy enough to get the little bit of extra wire out the way with a few small black zip ties. I could do more to make it look a little better (and even paint the grey parts black) if I so desired, but as is they look decent on the Rift S. They feel very sturdy and attached well to the headset, and the "stem" has enough adjustment to it that it takes just a second to get them in the right place after putting on the headset. These rest against your ears rather than over them. This of course means you can hear more external noise, which may be a negative to some, but I prefer to be able to hear what's going on around me when in VR. I wouldn't necessarily say I'm an audio snob or anything, but sound is definitely important to me. I have a high-end 5.2.2 custom home theater setup and some very good headphones and speakers for my desktop. These are not high end speakers by any means, nor do they sound like them, but they do the trick for me for the purposes of VR. Sounds better and gets louder than the Rift S built-in speakers -- and while they don't sound as good as the Koss Porta Pros I initially tried, the convenience of having them attached to the headset wins out for me. Bass is not great, but was improved by turning on Bass Enhancement in the Windows sound settings. Complaints? I wish they had an option to get them in black, but I do realize they were designed to match the PSVR rather than the Rift S. I also think they are tad pricey for what they are -- but I guess being one of the only shows in town (for some reason) for this type of product means they can name their price however they want.

They're okay but not worth paying the full $50

Pro's: Very comfortable, Easy to attach, works with the Oculus Quest 2 elite strap, aesthetically pleasing design looks great on the Quest 2 Con's: Small soundstage, Hard to pin point location of sounds, poor bass response. They're okay for what they are and they get the job done but personally I believe they shouldn't be charging more than 30 bucks for these below average headphones , Really only got them because of their unique look and combination with the Quest 2. 3/5 stars

pic thought it was hole thing took it back

Just Deals Store advertised the detachable ear headphones with the helmet...that's why I ordered thinking I was getting the whole item pictured....Walmart needs to just show the ear headphones...not the helmet.

They work, but the wiring is poor.

First - I have to say they work. And they're not too uncomfortable, but . . . . And this is a big negative. You would think that headphones made specifically for the Playstation VR headset would have wiring that matched the design of the Playstation VR headset. I wound up taping and wrapping wires to get them out of the way. My headset looks like it got run over by a truck and I repaired it with masking tape. Very poor planning or design by Mantis.

The right earphone did not work at all, out of the box. Super disappointed!

If you would like to share feedback with us about pricing, delivery or other customer service issues, please contact customer service directly.
1-3 of 5 questions
by GamerMomAugust 13, 2018

1. Yes, the product is compatible with a PS4.
by CommunityAnswer
Helpful?
1 Answer

1. Yes, it goes on you head.
by CommunityAnswer
Helpful?
1 Answer