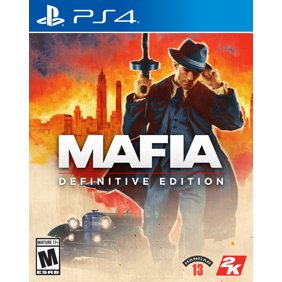 We aim to show you accurate product information. Manufacturers, suppliers and others provide what you see here, and we have not verified it.
Pre-order CREED: Rise to Glory? now and receive an exclusive CREED: Rise to Glory? PS4 theme and avatar pack. Do you have what it takes to become a champion? Experience the pulse-pounding excitement of boxing with the cinematic thrill of a blockbuster movie in Creed: Rise to Glory?. You are Adonis Creed, fighting to establish your legacy in the ring and beyond. Go toe-to-toe with the world?s top opponents in an intense boxing experience that lets you train, fight, and win like a Creed. Creed: Rise to Glory? challenges both your body and mind as you rise through the ranks and battle to become a champion to be reckoned with, all within an immersive universe inspired by the Rocky? and Creed? films. Experience the ascent of Adonis Creed from scrappy underdog to world-class fighter as you train with the legendary Rocky Balboa in iconic gyms, including Mighty Mick?s, Front Street Gym, and Delphi Gym. As you feel yourself become stronger, step into the spotlight and take down seven champion-level opponents in high-stakes fights with reactive commentators, gritty visual effects, and dynamic music. Active 1:1 boxing gameplay with Survios?s proprietary Phantom Melee Technology delivers a one-two punch by utilizing Responsive Control and Virtual Stamina to make melee combat feel truly immersive. Fight like you?re in a real-life ring with your own boxing style. Throw a variety of punches like uppercuts, jabs, and flurries in satisfying, impactful combat. But don?t let your guard down: pummel too quickly and you?ll suffer from fatigue, and be prepared to dodge and defend against incoming blows. Take too many hits and risk being staggered or knocked out of your body--race back to your avatar before the ref counts down to show that the fight?s far from over. Multiple game modes let you choose your path to glory. Live the saga of Adonis Creed in the story-based Career mode, learning and growing alongside Rocky as you train for bigger and more prestigious championship fights. Want to polish your punches and sharpen your reaction time? Let Training mode get you in shape with fun, physical minigame montages. And when you just feel like a fight, create custom matches in Freeplay against a wide range of opponents, including PlayStation® VR timed exclusive* Classic Rocky Balboa. *Timed exclusive until 90 days after release on PlayStation®VR.

What others said when purchasing this item
Because I am a big fan of fight night and this is the closest thing you have on PlayStation 4
Raymond, purchased on September 13, 2020
Husband loves boxing
Sylvia, purchased on August 18, 2020

I recently purchased a PSVR, and was looking for a game that everybody in my household would enjoy. This game came highly recommended from my friends. It's a great game, and I really enjoy playing it myself and watching my friends/family play. Highly recommend.

Could have been a contender.. 3.5 stars

One of my favorite sports games that I use to play on the PS3 was EA Sports' Fight Night and although it wasn't perfect, it still was pretty good fun to work you way up to the championship. Unfortunately, it seems that series has been abandoned by EA as the last game was in 2011. So, I was looking to get my boxing game fix while at the same time in search of a game to enjoy with the new PSVR set that I got around the holiday. Graphically in VR, the game looks well done with both your opponents, the workout gym and the ring that you fight you matches in. Combine that with the realistic sounds of the matches and you almost feel like you are there. Game control to me feels slightly awkward as you use two move controls to walk and move in various directions. It took me a little bit of time to get use to controlling my boxer's movement in that way. For the most part, the controls are pretty responsive though. The gym training sessions help a bit though in learning the control scheme and is quite a workout as well. I was sweating after my trainer put me through the paces but this being repeated over and over for every match, quickly became tiresome and monotonous. There really isn't any kind of motivating story to go along with all the gym training, just get in there and hit that bag, etc… The boxing matches are fun, but tend to be more arcade-ish than the more realistic simulation that the Fight Night games tended to be. My biggest issue though is the game, like a lot of the VR games out so far, is really short. The career mode takes you as Creed through a quick movie-like career of opponents that felt far too brief for a boxing game. I really wish they had added a career mode similar to the Fight Night games, where you can be an unknown amateur and build you career through the amateur ranks into the professional ones on a quest to be a champion, that could be upwards of 40 or more matches against different opponents before you retire. If you like online PVP, you can do online matches, but for those that like solo campaign play, like me, this doesn't make this a title that I will play over and over. It is a promising start for a boxing game in VR and has its fun moments, but feels woefully short in campaign mode and lacks the depth that I would expect for a sports simulation. VR Game makers need to make their games feel more like a game than a glorified long demo and although this isn't quite to that level, it does lack a lot that could have made this a great boxing game. 3.5 stars

About our prices
We're committed to providing low prices every day, on everything. So if you find a current lower price from an online retailer on an identical, in-stock product, tell us and we'll match it. See more details atOnline Price Match.
Related Pages :
webapp branch
justdealsstore.com
Customer Service
In The Spotlight
© Just Deals Store. Just Deals Store LLCTo ensure we are able to help you as best we can, please include your reference number:
Thank you for signing up!